Will the wind have stopped? How many mm have fallen? Did I get frost?

What farmer has never asked himself any of these questions? The answer is very simple: none. Climate has always been a key factor in the success or failure of a crop. It is a parameter that often cannot be fought against, but recording and predicting it can be the best ally for effective adaptation.

Weather stations have always been present in the daily life of professionals in the agricultural sector, but they can be a false ally if they are not representative of the real location of the farm and therefore do not record the climatic reality of the field. Fortunately, technological advances now make available to the farmer a range of modular, independent and mobile sensors and stations that can monitor a wide variety of climatic data.

It only takes five minutes of talking to a farmer for the word microclimate to be used. However, in order to understand its true meaning, we must start by defining what climate is, and its differences and limitations from macro, meso and microclimate.

When we talk about climate, we are referring to the generic term used to denote the long-term (decades) outcome of weather conditions in different areas of the planet, which can be affected by multiple variables. These can be variables of natural origin such as latitude, water and wind currents, or topography of the environment, but also variables of human origin such as global warming and human activity. The average values recorded allow the climatic classification of each area: continental, Mediterranean, tropical, etc.

When we move to the next level in the geographical scale of the climatic characterisation of an area, we speak of macroclimate, which is defined as the result of the annual variations in temperature and precipitation, within the same latitudinal belt. This includes large areas of several hundred kilometres.

When we want to refer to the climatic conditions of a smaller area, such as hills, plots or a group of plots, the most accurate term would be mesoclimate. This is influenced by orientation, land use, air movements and water masses in the vicinity, and even vegetation cover and biomass density. Indeed, these local differences and nuances can lead to significant differences in phenology and crop development.

When we talk about microclimate, we are referring to the climatic conditions of a specific plot, or even parts within it. In addition to the variables mentioned above, other variables come into play, such as wind, thermal inversion, relative humidity, etc., which are mainly affected by the topography of the plot and the characteristics of the crop itself.
Indeed, the microclimate is determined by several factors specific to the crop, such as the percentage of vegetation cover, the density of the crop, the humidity between the rows, the useful radiation received or the health of the crop.
Frosts are a clear example of the diversity of microclimates that can be found in a plot, as they are events that can occur in very specific areas where moisture accumulation and lack of air favour this phenomenon. One of the main reasons why the use of private weather stations has increased considerably is that the means of combating frost require an accurate and reliable warning system located in the most vulnerable areas.

Climate effects at the mesoclimatic scale

The effects of climate change on crops in a region can be positive or negative depending on the characteristics of the climate and the crops grown.

In general, in high latitude areas, an increase in temperature favours production, as in the current climate the crops present are limited by the low spring temperatures and the short growing period in the absence of frost. However, in most regions, an increase in current temperatures puts negative pressure on crop yields by accelerating crop development and thus leaving less time for crop development. The impact of climate change at the mesoclimatic scale will therefore depend on the crop. In general, there is a significant contrast between the potential advantages of northern European regions and the disadvantages of southern European regions. Temperature increases that would lengthen the crop growing season are expected in regions where crop potential is currently limited by cold, and climate change could therefore be seen as beneficial to overall crop yields there.

On the contrary, in today's main agricultural production regions in Europe, higher temperatures cause earlier crop ripening and shorten the grain and fruit filling period, resulting in yield reductions that are not always compensated for by adaptations to the crop cycle.

Once the different levels of climate study have been defined, we can ask ourselves about the importance of monitoring climatic parameters at different scales and the use and conclusions that can be drawn, from an agronomic point of view, from the data collected.

From plantation design to the selective application of inputs, climatology at all scales can be used as a basis for plantation design and the conclusions that can be drawn from the data collected from an agronomic point of view.

As described above, the overall climatic characterisation of a production area allows long-term climatic trends to be established in order to understand the agronomic potential of the area. As one progresses through the geographical filter, new variables emerge, which must be taken into account when planting a new plantation, but also before each intervention.

In general, the characterisation of the macroclimate has been achieved through the establishment of national and regional meteorological networks which, depending on the country, have been set up over the last century (e.g. Meteo France, DWD in Germany, etc.). These stations collect and store daily data, which is freely available.

The main advantage of these public stations is the available history (more than 50 years in some countries), their easy accessibility via websites and the maintenance, more or less qualitative depending on the site, which is carried out by the regional or national authorities. However, their low geographical density is their main constraint. Generally located in central areas of each department, they can be several hundred kilometres apart. This means that the data collected often come from stations located in urban areas, which facilitates their maintenance but does not allow them to reflect the reality of the mesoclimate and, consequently, the microclimate.

They do, however, provide interesting mapping on a national or regional scale, which is essential when carrying out a climatic study for the establishment of a crop and for determining its climatic needs, as we obtain climatic indicators calculated over periods of 10 to 30 years, such as thermal integrals, hours of cold, but also thermal balances, which are essential for understanding the distribution of variations throughout the vegetative cycle of crops. These indicators, in addition to being a valuable tool for the choice of plant material, allow the determination of essential characteristics such as planting density or the design of the irrigation system.

It is also an important tool for cooperatives and other stakeholders to understand and explain yield variations and to adapt crop management on a large scale.

For several years, technological advances have made a wide range of sensors and stations available to farmers for private use, with prices varying mainly according to the number of sensors available, the power supply and the type of data transmission.

The democratisation of their use allows for a move towards plot-based management, which has a direct impact on the amount of inputs used and the efficiency of each intervention. Indeed, as described above, the plant cover and the density of the biomass produced by the crop are parameters that affect the meso and microclimate, which means that it is not possible to adapt the cultivation itinerary according to these parameters without having objective information on the climatic conditions in each situation. In this type of case, the use of weather stations placed in the plots makes it possible to respond to the problems of reducing inputs and improving water management that all farmers are facing in the current context.

How many sensors should I install on my farm?

This is one of the main questions a farmer asks himself before equipping his farm. The answer must take into account several points:"

Precision meteorology has become the first link in the digitalisation of the agricultural sector as it offers multiple benefits for the low initial investment, allowing a quick return on investment.

Create your profile, connect to a station close to your fields and get a free trial, without obligation.

Try the Sencrop application
The Sencrop team
Share this article
A newsletter on weather and Ag-Tech
Twice a month, news on agricultural weather, ag-tech, and Sencrop innovations to enlighten you and help you make better decisions every day. Subscribe now! 👇 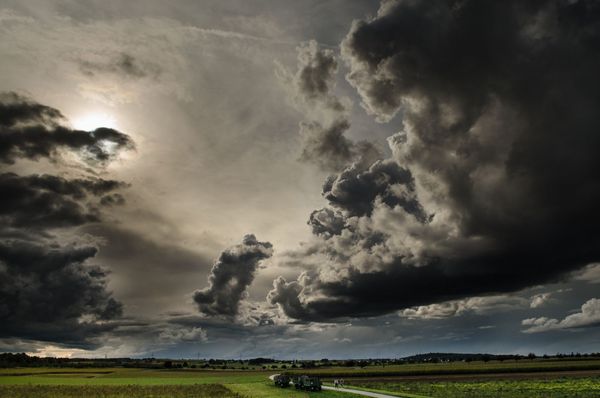 “Why do the weather forecasts not match my rain gauge readings? Why doesn’t the neighbouring farmer have the same rainfall records as me?” Rainfall’s natural variability makes it difficult to calculate. Furthermore, environmental factors, such as wind or rain gauge location, affect its measurement. Many elements must therefore 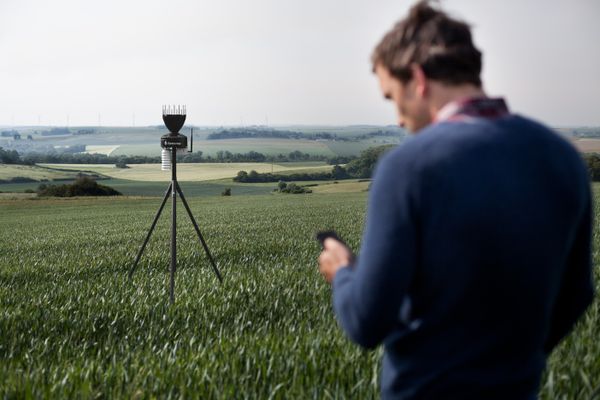 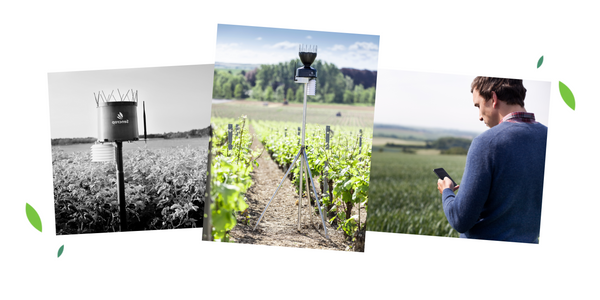 At Sencrop we have been helping farmers for 6 years and have had the opportunity to improve the quality of our products and services tremendously. The Production and Design team deals with quality, research and development and the production of weather stations. What is their goal? To design the most